Walking in Another Man's Shoes

My 2013 Walk was made much easier by a simple change of footware. In 2002 and 2012, I relied on frequent stops to douse my feet in streams, lakes, ponds, ditches or puddles. To rest and cool them, and my whole being.

Each trip, I was wearing boots - most of the time. I thought they carried me quite well. Nonetheless, my feet got tired, hot, and sweaty. Cool water or any water helped. And, I made many stops to water my feet

One of the reasons, I decided to push a Buggy on the 2013 trip was that I could carry extra water to drink in case of dry spots heading toward Arizona. I also imagined carrying enough water to rinse my feet in case the ditches and puddles disappeared, as they did a number of times on the road.

But, that scenario never materialized because new footware came to the rescue. Actually, my then next-door neighbor Lorenzo Haarr came to rescue. 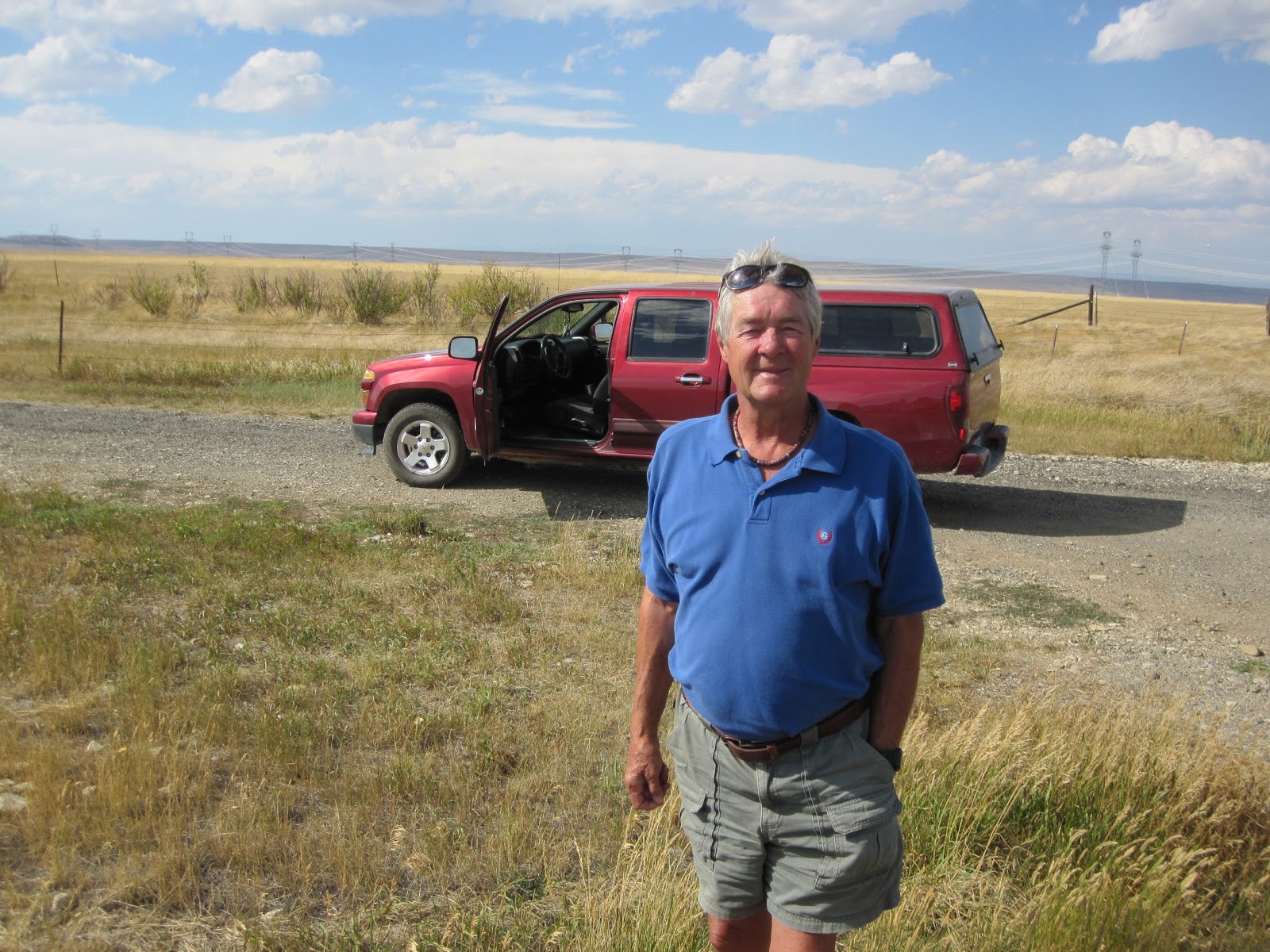 A few days before my journey was to begin, Mr. Haarr invited me to his house for a Walking Party to send me off on the next excursion. The Elwoods and the Kolmans and the Haarrs convened for cookies and lemonade and a good visit. People asked about my intended route (which changed almost before I got out of town) and I queried everyone about their plans for the summer.

Somewhere during the party, Lorenzo asked about footware for the trip. Not waiting for the whole answer, he divested himself of his Tevas and said, "Give these a try. If they fit and you like them, wear them on your journey."

I wasn't sure about wearing "sandals" on such a trip, but I did give them a try. They fit perfectly and felt great. I tested them out several times in the next few days. And, I wore them all the way to the Black Hills. When they began to wear through at the heels and balls of my feet, I traded off with my boots especially in the morning.

The Tevas worked wonderfully. They were comfortable, airy, and easy. And to top the whole deal off, I managed sometimes whole days without needing to put my feet in water. That was good because there were a number of days in eastern Montana and western Nebraska when no streams or ditches in walking range appeared during the day's travel.

So, how did it feel to Walk in Another Man's Shoes? It felt terrific. I am hooked on those walking sandals. The Tevas lasted until my first stop along the Mickelson Trail in South Dakota. I decided that Mystic, SD (just a spot on the trail - once the location of a mine) was an appropriately named place to deposit the worn-out Tevas and put on the new Keens which my brother had bought for me in Deadwood.

I can't say enough for the Tevas and the Keens. I am keen on both of them. I recommend them highly, at least the kind I got. (See photo below).

And, I can't recommend my friend Lorenzo enough. He is a wonderful neighbor in Harlowton, a community and family man, a former Peace Corps volunteer, rafter and traveler, and - I dare not forget - an avid and accomplished golfer.

I don't remember any psychic or sympathetic revelations from walking 450 miles in another man's shoes. But, I did learn the value of modern walking sandals thanks to another man named Lorenzo. I also call him on occasion, Mr. Sympatico. 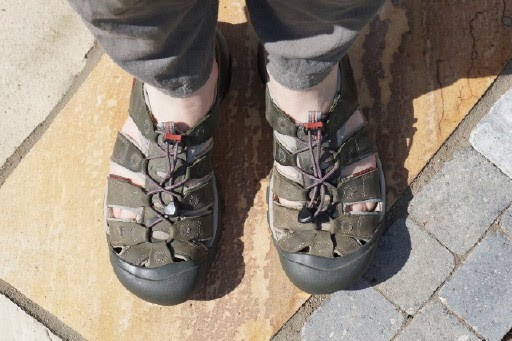 These are Keens, I wore socks.