Presidential Politics - The Great Perennials: Guess Who Is Next?

The Presidential campaign has been ongoing for many months and has several more to run. The choices are slimming down it seems to two - maybe more. Then, what?

What will we have? A new president. But we may well have much of the same circling, squabbling chicane (the French might say) in Washington DC. Much as legislators and lawyers seem to do most everywhere.

Not, that we have not had choices. I can’t help but wonder if maybe we have allowed to pass by too many choices, some of whom might have been much better than the nominated and elected ones over the generations.

Think for a moment with me about the also-rans and the perennials at the ballot box?

Consider if you wish - 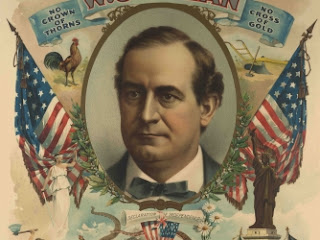 William Jennings Bryan (1860 to 1925) was a regular on the stump in his day. He began as a Congressman from Nebraska, but had a great taste for the Presidency. He ran three times as the nominee of the Democratic and Populist parties in 1896, 1900, and 1908.  WJB was a man of the people without doubt. A Populist, Popocrat, a Fundamentalist Pope (said HL Mencken), the Great Commoner, a Social Gospeler. Eventually, he settled for Secretary of State under Woodrow Wilson.

William Jennings Bryan is renowned for so many things. From developing the first semblance of a modern presidential campaign to holding a vision of hope for the common and forgotten man to speaking and traveling the country unceasingly. As The Christian Liberal, Bryan mixed and re-mixed God and politics in over the course of 40 years of his public life. He is remembered by some for his Cross of Gold and Crown of Thorns speech at the Democratic National Convention of 1896. But, Bryan is possibly best known for his participation in the Scopes Monkey Trial which was immortalized in the movie Inherit the Wind starring Spencer Tracy. 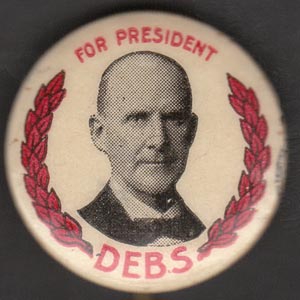 Eugene Debs (1855 to 1926) was a union leader and founder of the Industrial Workers of the World (Wobblies). He ran five times for the Socialist Party as its candidate for President. He never got close to the White House but he did become the best known socialist in America.

Debs helped to motivate the left wing of American society in opposition to corporations and to World War I. He has been honored for his work in the labor movements and for his compassion to average workers toward socialistic improvements without large government interventions. 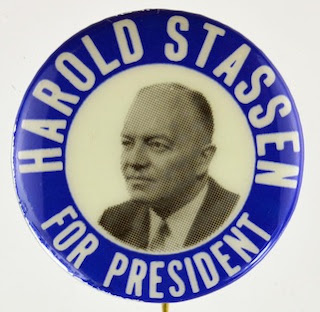 Harold Stassen (1907 to 2001) beats all candidates over the years for desire, persistence and effort towards the US Presidency. He is best known as THE Perennial Candidate. After being Governor of Minnesota and President of the University of Pennsylvania, he put his sights on Pennsylvania Avenue, Washington, DC. 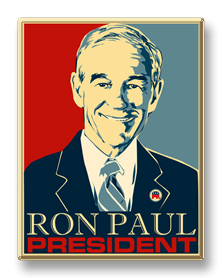 Ron Paul (born 1935) has been the latest perennial candidate, running twice as a Republican and once as the nominee of the Libertarian Party in the 1988 presidential election.

Paul is known as a physician, author and politician. The Texan represented two different districts for 24 years in the US House of Representatives. He has been a firm critic of the Federal Reserve, tax policies, the military-industrial complex, and the War on Drugs among other governmental interventions. Less Government has been Dr. No's continuing theme. Nearing the age of 80, he has backed away from presidential campaigning to allow his son Rand Paul to carry on some of his efforts. 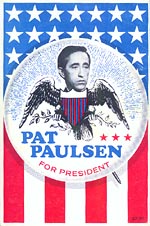 On the lighter side of things, you must remember:
Pat Paulsen (1927 to 1997) campaigned frequently for the Presidency. Paulsen was a comedian, not a politician. But many in Washington seem to fit that description.

In a likewise light, but wholesome vein Winston Pooh assures us that he will be a persistent and perennial candidate for the US Presidency and American hearts and minds. 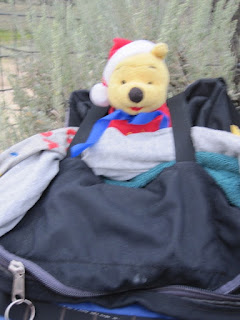 The photo above was taken on our first campaign trip from Arizona to Montana. Mr. Pooh collected a modest number of committed, many of them will only be legal many years from now as the younger folks grow up.

His platform is about friends and family taking care rather than relying on government and grants. Take time - not money - to be your Brother's Keeper and help yourself along the way.

Winston (as in Churchill) Pooh looks for the sweeter simpler life.

HONEY IN EVER POT