I missed telling a couple stories from the Walk of 2013. So, here comes the first. Better late than never.

I was in Melstone, MT, for several days in July and determined to visit a friend from the first excursion in 2002. His name is Bud Hjelvik and you can review his story at a previous blog entitled This Bud's For You. 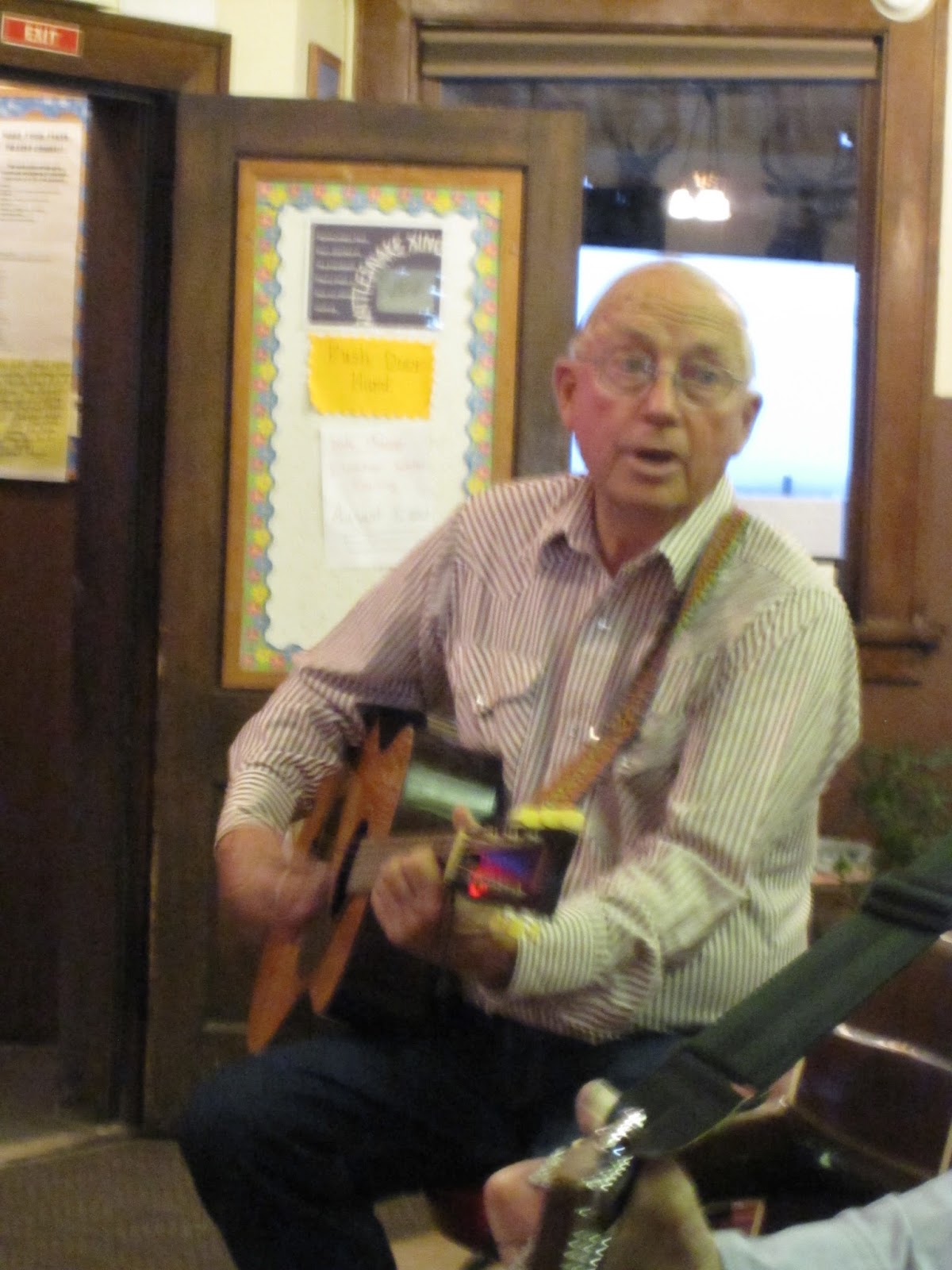 I walked out a couple miles east of Melstone one warm day and found Bud at his ranch home. He was smiling and happy to see me, remembering our meeting years back. Bud seemed to think it was but a few years ago when it had been all of eleven plus a few days.

We had a grand visit and passed stories back and forth. Plus questions about his life and my own.

There had been quite a bit of water under the bridge for Bud. Some medical and surgical problems as well as the death of his wife. None of those are all that uncommon for a man in his 80s.

Still, Bud's age hadn't slowed him down much at all. He continued in the thick of ranch chores with his son and grandson. But, Bud had had a fall several days past and was nursing a pained right shoulder and struggling with extra discomforts when trying to sleep at night. Mr. Hjelvik had been doctoring and thought he would have to get an MRI before long and whatever might follow that.

I told him before we parted that I knew just the man who could help him. I soon got on the phone and talked with my good friend, Adrian Min. I knew Adrie would lend a hand if there was any way we could get Bud and him together.

Adrie made it easy by volunteering to drive out to Melstone the next Saturday. He stopped to pick me up before noon and we headed out to see Bud. I had told him ahead of time of my plan.

Bud was delighted to meet "Mr. Holland," which name he decided was easier to say than Adrie or Min. Adrian spent much of his life in the Netherlands, coming to the USA over 20 years ago. He has been a US citizen for some years now.

Adrian went to work quickly, asking a few questions and putting Bud's arm through its present range of motion. Then, he did some of his very eclectic brand of physical therapy. He spaced those efforts with teaching simple exercises which Bud could do on his own.

Adrie and I spent over an hour with Bud during the therapy session and visit. Bud obviously could use his arm with greater facility and comfort by the time "Holland" was done. Adrian attended Bud as if he was family, friend and patient all at the same time. 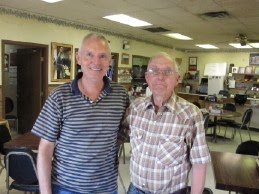 Hjelvik decided he should buy lunch and invited us to meet him at the Melstone Cafe. We spent some more time together, had a meal at the only spot in town, and took some parting photos.

I wish I could say that Bud followed the exercise regimen that Adrian lined out for him. I kind of doubt that he spent much time following instructions.

Regardless, Bud improved enough to play guitar at the Jersey Lily Bar in Ingomar a few days later. When I called him a couple weeks down the road, he said he was sleeping a lot better and his arm was working "pretty well." Bud was still ranching, drilling wells, and hadn't done the MRI.

It didn't sound like he was in quite perfect shape, but Bud was pleased with the results of Adrie Min's House Call.

House Calls are hardly common these days. Nor are people like Adrie Min. He is a talented, compassionate, hands-on medical professional who has helped many, many people with a variety of medical and surgical and orthopedic complaints. I feel confident in saying that, "I believe Mr. Min is more of a healer than all but a very few physicians and therapists in the medical business. He touches people and patients in many 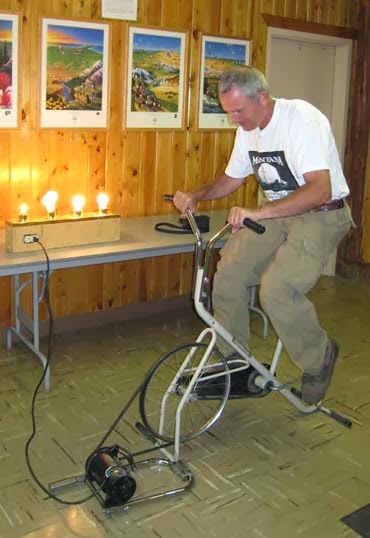 Adrie does great work in and out of the hospital. You should get to know him.
http://rockymountainastrologer.com/EverybodysBusiness/LightTouch.html
Posted by Dr Bob at 11:38 AM No comments: