During the past four summers 2012-15, I have done Cross-Country Walks. More accurately, they might be called Cross-Parts-of-the-Country Walks. During and after them, I have blogged here On the Road Again.

While I attempted no Walk this summer, I did decide in the past couple of months to set out on a year of Silence. The next calendar year might be considered one of No Walk, No Talk.

But, that might not be totally true as I will continue walking the countryside, mostly along highways and the Musselshell River, near my current residence in Harlowton MT. It was only a few weeks ago that I discovered a wonderful place to walk to the northeast of town. Taking one route or the other by way of Highway 191 North, I get glorious views of a number of mountain ranges of which the Crazies are the most absorbing. The distant mountains backgrounding the Big Sky Montana prairies makes for some breathtaking moments. 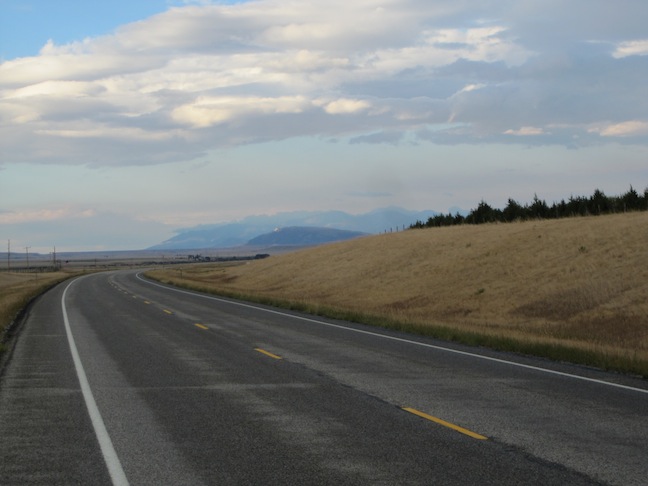 A photo of the Crazies - south of Harlowton - from 2012 Walk

Well, walking is secondary this year especially as I have determined to do a
Year of Silence.

Those remarks were not all from the same person. I ran a few together, leaving out a few others, some of which were more worrisome.

The idea of silence seems to be offensive to some and scary to others. Some might think it unusual for a friendly, conversational sort as I can be. While I grew up a shy introvert, the last time I took the Meyers-Briggs Personality Test I came out 50-50 Introvert vs Extrovert.

Sometimes, I find myself too out-there, verbal and mouthy. A good share of the times I have gotten myself in trouble, my mouth has been a prime contributor.

There are numbers of contributing forces to this silent venture of which I will certainly mention in later posts. But, there are also numerous potential benefits which I may gather:

• Listening better. Rather than getting ready to jump into a conversation with comment.

• Being present and positive in presence only.

• Silencing the mouth tends eventually to silence the mind.

• Slowing down the pace of things in general.

• Developing the capacity to hear the still, small voice.

A year from now I will have some sense as to whether I have accomplished any of these aspirations and possibilities.

In the meantime, I will put up a post every month or so to share reflections on my Silent Path.

Share comments below or send to theportableschool at gmail dot com.

Many good wishes along the way, Robert
Posted by Dr Bob at 10:58 AM No comments: