A Sweet Alternative to Politics as Usual

My friend Charlotte has suggested a number of times that Robert should campaign for President. All else failing he might sell some books like Hillary Clinton, Newt Gingrich, and Ron Paul and several others.

Well, that would be a less than honest way to campaign. And, we need more truth, honesty, and other things in politics in the rest of life. And, Robert is not very political anyway.

Enter Pooh the Bear. Pooh is a friend to many and recently a regular companion for me. 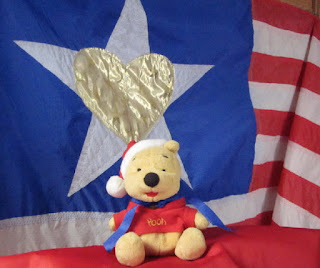 picture info at new website
​
I told Charlotte that Pooh should run for President as the Sweet Alternative. Several people have responded positively to the idea and concur that Americans need another choice.

I asked Pooh if he was interested. He said, "If the Donald can run, Then, Pooh can be President."

Pooh and I will be campaigning in the coming days as we take a summer trip from Arizona to Montana and back.

We invite your interest and support. Pooh has a new website at http://PoohForPresident.com

We will blog from http://theportableschool.blogspot.com as opportunities allow.