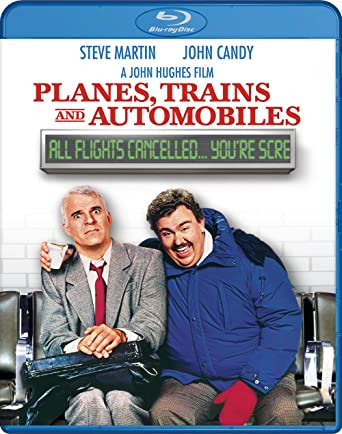 Walking highways from Wyoming to Kansas this summer, I got to experience other forms of transportation. Not like Steve Martin and John Candy, but still in some unusual ways.

* Planes - I didn’t get any airplane rides, even though I passed by a number of airports. I found a few extraordinary airstrips in Nebraska. The one outside North Platte seemed to go on for miles and miles.

I walked past its air terminal after dark and thought to “camp” by an outlying trailer, but decided against the idea. Security might not have liked that.

Instead, I walked on and rested a mile up the road on an abandoned strip of highway which led to nowhere. One of my rest-on-concrete nights. If mosquitoes might be in the area, I prefer concrete under my pad to grass.

By morning, executive jets were coming and going. But, I continued to wonder how North Platte managed to develop an airport which looked like it could accommodate a B52 bomber.

There was another big airstrip outside of Kearney, NE, but I was more interested in nearby Cabelas and Morris Publishing Company on that day.


The final airport I encountered was the Vinland Aerodrome, just a few miles north of the town of Baldwin, Kansas, where I am residing for the time being.

But, it may have been a Big Deal years past for Vinland which is just a small residential area with some historic buildings now. Nonetheless, Vinland is picturesque spot. Drive or walk by some day.

* Trains - Well, there seemed to be trains most everywhere on this trip. Cargo trains. Wyoming was the host for the Burlington Northern Santa Fe - BNSF. Warren Buffett's Railroad was busy day and night carrying cargo east and west. Much of it coal wagons.

I owe Buffett a thankyou card for the interest and bottled water offered me by three different employees along the route.

BNSF eventually veered to the north of my route in Nebraska and I then had the company of the Union Pacific Railroad. The UP was generally just as busy as the BNSF.

Eventually, I decided that I was having enough of Railroad company especially at night. Trains passed by as often as every 20 minutes and tended to make sleeping difficult in the vicinity - even in well-maintained Union Pacific Parks in several towns.

So, I turned south at Kearney Nebraska. But, even at Minden NE - the next town to the south - there was train traffic - quite modest in comparison, however. 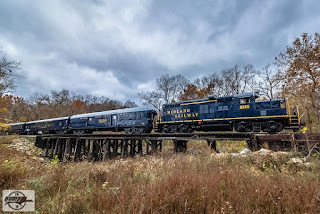 And now in Baldwin KS, the Midland Railway has a bit of traffic. It even has passenger service - of sorts. Two or three times a week, a locomotive with a few cars, owned by the Santa Fe Trail Association, takes a short journey north or south to give passenger a sight-seeing adventure. On the weekend, the Kansas Belle offers dinner service.

* Automobiles - There are always automobiles and trucks and pickups. Most roads, generally Blue Highways, I traveled had plenty of traffic.

I had to walk some Interstate miles in Wyoming for lack of alternate routes. Not my favorite choice, but Interstates always have wide shoulders suitable for a walker like me. Fortunately, there were good shoulders on most roads except the last miles into Baldwin, Kansas.

I also ran into some ATVs along the way. Mrs Nichols in Nebraska who sent out a hamburger dinner for me miles down the road. And, the Lundys (father and son) who bent my ear for a few minutes on the highway shoulder, again in Nebraska.

I should throw in especial thanks to the auto and pickup drivers (whom I can recall - I have forgotten a few) for offering me rides down the road: Joe Cruz, Travis Marshall, the Fitzgeralds, John at BNSF, police officers in southern Nebraska, the Krauses, Dorothy Barnett, and Charlotte McDevitt.

Charlotte got me started on the road from Gardiner MT to Cody WY and almost finished my journey from Minden NE to Atchison KS.

Note: This blog is not quite complete, but I will post it just the same and touch it up as time permits.

Send comments to theportableschool@gmail.com
Posted by Dr Bob at 1:30 PM No comments: