On the Road Again with Richard Dreyfuss and You


We all travel varied roads in our lifetimes. Some we enjoy, others we dread. Hopefully, we learn from them all.

This writer has had the good fortune to cover thousands of miles on roads on foot during Cross Country Walks in recent history. Then he took a year off to walk Silently. He is still learning from the latter experience, in particular, and maybe more valuable lessons than his times Walking and Talking.

For sundry reasons, he has decided to focus future posts on even more subtle ways to be On the Road Again. While thinking in that direction, he ran across an article originally published in RealClearPolitics.com about the actor Richard Dreyfuss. 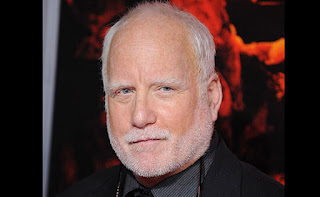 By the 1980s, Dreyfuss has had numerous successes in his career. But, success also brought him painful experiences. The actor was playing in real life the part of a “crazy man” and at times “low-down dirty dog” in the midst a bipolar life. Then, he flipped his Mercedes convertible while high on drugs. He believes that he survived the wreck thanks to a safety belt that he did not remember buckling.

Dreyfuss woke up in the hospital with the image of a young girl in his head. A year later, his daughter Emily was born. It was the child of the dream. He came to consider the whole extended episode as a “mystical experience.”

Now closing on the age of 70, Dreyfuss admits to warming to the idea of reincarnation. “Isn’t it funny that God takes you and puts your through the unendurable, and then at the moment you have just begun to understand it and have some wisdom, it ends? I have this inner life which is vast and as large a the universe. I really like me. I hope I have another life. I hope I get another shot.”

I want to assure Richard Dreyfuss and others that we “all get another shot.” I cannot prove my contention. For, I know next to nothing. But if there is anything of which I am convinced, that I KNOW, it is that I have been here before. Much of this lifetime has been “deja vu all over again.” The same for you, I suspect.

It is very hard to put such things into words. Maybe it is a bit like writing an obituary for someone. How can we synopsize a person’s lifetime in a few sentences? Even the best of obituaries are pale and paltry compared to the wonders of a human’s life.

So too, to bring LIFETIMES to mind, to put them into words – intelligible to others – is quite a task. That I believe is because we humans, however advanced and intellectual we believe ourselves to be, have rather small brains, limited memories, and circumscribed minds. We often, very often, only see what we want to see. But, how great is the Universe? How large is our God?

Then, dare we to open to other lifetimes? Past and future?

I have encountered people who fear the idea fiercely. Well, that could be the subject of a whole post.

But for the moment, let us just settle on the evident Truth that all of life is cyclic: day and night, dark and light, good and ill, peace and turmoil, triumph and loss, coming and going. Ah, and coming again.

The rhythms of life are endless. And we are all part and parcel of them. Nothing is wasted in those cycles. The Universe is the Greatest Recycler of all. And, the GRU brings us back and back and back toward some Awesome Aim. I swear to it. It is one of the few things upon which I would bet my life.

As Groucho Marx used to say, “You bet your life.” You can bet mine too. Here today, gone tomorrow, and back again down the road.

You and me and Richard Dreyfuss.

I invite you to return from time to time - On the Road Again - for brief vignettes on the second most wonderful gift of the Creator. That of Reincarnation. The first being Life itself.